No, this post is not about some ecological disaster …  Last Harvest, the documentary by Hui Wang, won two awards at the Whistler Film Festival: 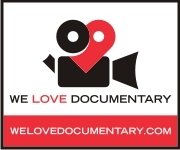 LAST HARVEST premiers at PLANET IN FOCUS October 25, 2015.  Next, it will be shown at the Whistler Film Festival in December, 2015.  Congratulations to filmmaker Hui Wang on her first documentary.

As China emerges more on the world stage and fills our store shelves, many of us want to know more about it.   Hui (Jane) Wang’s  intimate documentary  LAST HARVEST is about a couple who are displaced by one of the huge projects transforming the Chinese economy. This couple could be our parents; they could be us.

Flying a Kite on Canada Day 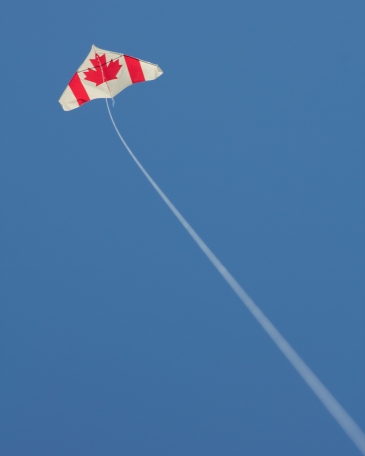 July 1, 2012 I flew a kite and thought about nationalism, patriotism, and me.

November 9, 2017 I revised this page to reflect my changing awareness, in the italicized paragraph below about Indigenous Peoples here.  I hope I’m learning to be an ally, not an oppressor.

Then I thought about where on this planet I would rather be, and found none.  I’m attached to this country, this province and this community where I live.

So what does that mean?

For me it I think it’s about inclusiveness, freedoms, opportunities and rights, and the responsibilities that come with them.

These are worth my engagement and commitment – vigilance and putting myself out in some way to advance such humane qualities, and to oppose those other human qualities which erode them.

I think today that my generation has much to stand up and defend here, as greed and oppression are a ‘real and present danger’ in Canada – for example selling us all to transnational corporations. By standing up we can help teach the next generation to do that too.

Then there’s the matter of advancing those freedoms and rights.  Indigenous Peoples especially need us to be allies, not oppressors.  Typically and inadvertently, we continue to sanction the oppression of Indigenous peoples in Canada.  Lynn Gehl and others speak frankly about cultural genocide by ….. us.  Learn to be an ally.

So I hope you are thoughtfully celebrating what we have, are re-iterating your commitment to make it better and not let it get worse – for our children’s sake, for the sake of people still coming here because they seek something they don’t have and are looking for, and for the sake of people oppressed here in Canada too.

What’s up? Doc? Storytelling for the 21st century

In the 21st century, this increasingly web-connected world may at times feel like everyone everywhere is trying to tell you something.

Throughout history, societies have had voices that tell stories to pass on the news, reinforce or change values, or whatever. Today, in addition to professional news media, peer-to-peer news (think of Egypt) has emerged, a manifestation of  Marshall McLuhan’s global village – bless the visionaries –  yet often cannot provide the thoughtful reflection that requires time and resources and the storyteller’s skill.

Since time immemorial, the place for the storyteller who reveals as well as tells has been an important element in the social glue that keeps societies, communities, families and individuals connected.  In the pre-web 20th century documentaries emerged as one medium for storytellers to reach a 20th century world – beyond the family and community to whole societies.

A great inheritance from the late 20th century is the web, that lets storytellers, including documentary storytellers, break out of societies to touch other societies in a peer-to-peer language but with a professional’s skill.

With the retreat of government and broadcasters in Canada from documentary support, the doc community and DOC are speaking up in many ways. Find and enjoy documentaries on the web and in the theatre;  you will be richer for it.

LAST HARVEST premiers at PLANET IN FOCUS October 25, 2015.  Next, it will be shown at the Whistler Film Festival in December, 2015.  Congratulations to filmmaker Hui Wang on her first documentary.

As China emerges more on the world stage and fills our store shelves, many of us want to know more about it.   Hui (Jane) Wang’s  intimate documentary  LAST HARVEST is about a couple who are displaced by one of the huge projects transforming the Chinese economy. This couple could be our parents; they could be us.

A couple of years before the turn of the turn of the millenium, I had an epiphany in the hamlet of Little Harbour near Twillingate Newfoundland, just after a lobster dinner.

My host had walked me down to see the boats he and his neighbours had built, and we were soon engrossed in discussion …  follow this link for more …

Every now and then you see something you almost wish you had not seen. It disturbs you; it forces you to realize something about your world that you might rather not think about.

Below, watch Canada’s first prefab prison being built.  It’s not far, just minutes away from my comfortable home where I can settle in one of several rooms filled with the paraphernalia of my life and look out into my yard or my street, open the door and step out or just crack the window and hear bird song. Reminds  me somehow of Johnny Cash . . .

There is nothing humane about prisons, no matter what the spin.  Who ‘deserves’ to be in one? There are no simple answers really, and perhaps that’s what’s most disturbing.